Today's episode is only 15 minutes long. I am wondering how much can possibly transpire in that short amount of time. 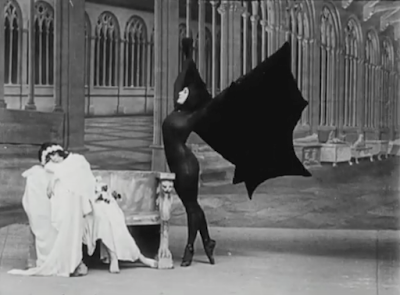 The Count of Noirmoutier is hanging out at his favorite exclusive club reading the paper, where he learns that there will be a dress rehearsal that evening of the ballet "Les Vampires" with dancer, Marfa Koutiloff, who is engaged to plucky reporter for The Globe, Philippe Guérande. One of his buddies at the club approaches and hands him a ring, warning him that the slightest scratch could be fatal. 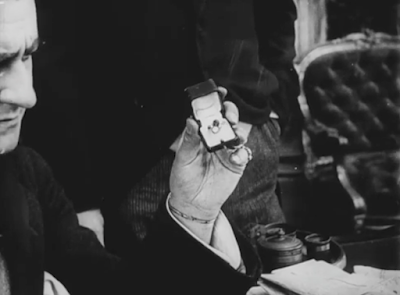 The Count goes to Marfa's room, where Philippe is interviewing her. He leaves as Noirmoutier arrives. The Count offers her the ring as a token of his affection. She admires it and he places it on her finger. After he leaves, she realizes it's too tight, and ends up scratching herself when she removes it. 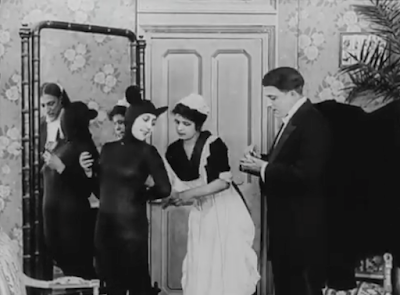 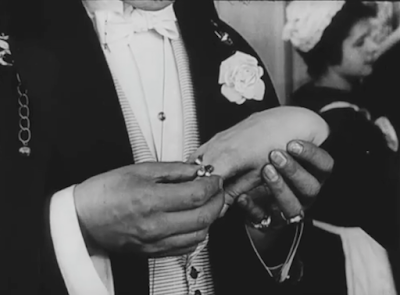 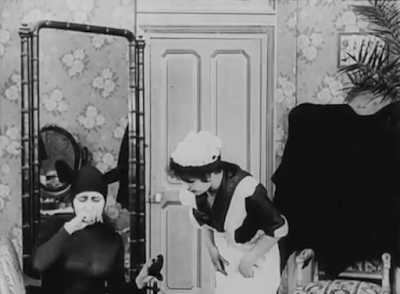 While performing, she begins to stumble, and collapses on stage. Philippe bumps into Noirmoutier as patrons exit the theater and realizes he is the same man who impersonated Doctor Nox. Philippe follows him in a taxi, but when he gets out, he gets jumped by the Vampire gang. He is hooded, tied up and dragged off to a room by men in black tights, where they are informed by The Grand Vampire's note that he will be questioned by the Grand Inquisitor of the Vampires, and executed at sunrise in presence of the Black Council. 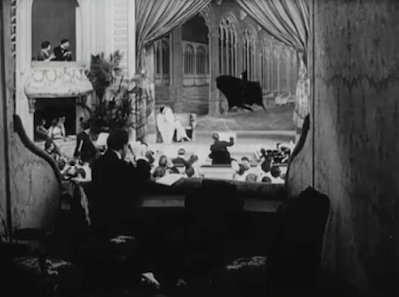 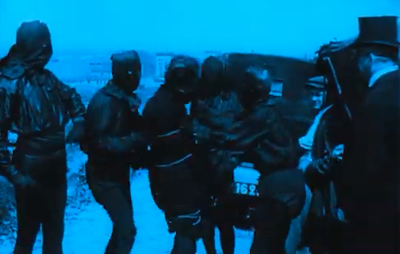 They leave him locked in the room with one Vampire to guard him, who removes his hood, revealing that he is Mazamette. He shows Philippe a note from his children's school indicating that he is unable to pay tuition to the school his three son's attend to explain why he's still working with the Vampires. He reminds Philippe that he said he was indebted 'to the death' and unties him, but when they go to leave, Mazamette realizes the door is locked from the outside. 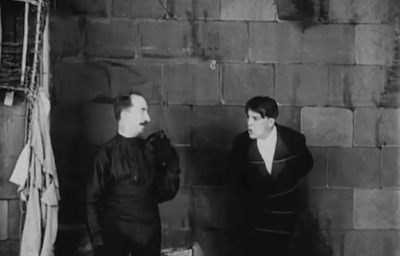 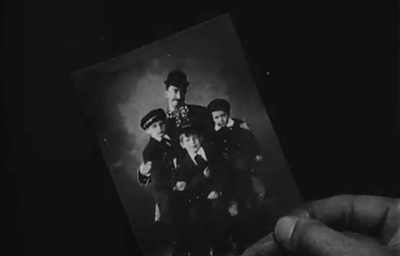 When the Grand Inquisitor arrives at midnight, they jump him and tie him up, leaving him in Philippe's place. 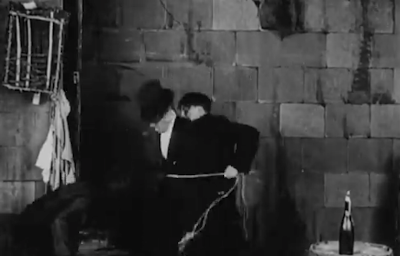 At dawn, the leaders of the Vampires, known as the Black Council, come to execute the man they think is Philippe. The police arrive and the Vampires escape through a hidden hatch in the floor, shooting the Grand Inquisitor before locking the hatch so that the police are unable to pursue them. The police remove the Grand Inquistor's hood and see that it is the Chief Justice of the Supreme Court. Philippe says they've been deceived and it's the others they want. 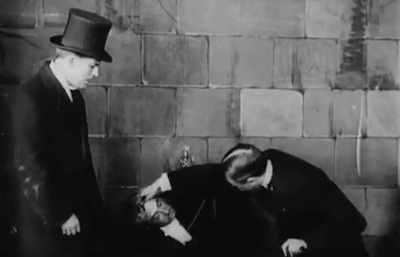 They did manage to pack a lot of action into a short amount of time, but I was left with some questions. How is it that Philippe did not recognize the fellow coming into Marfa's room as the same guy who impersonated Doctor Nox, when he was able to do so with just a passing glance later? Did she die from the poisoned ring or not? Will Mazamette show a different portrait of him and his children each time he has to explain why he's still a Vampire? How many people are in this Vampire organization anyway? I am intrigued enough to watch the next episode to see if any of these questions get answered.
Posted by Christine at 8:00 PM