I've been wanting to watch George Romero's original version of The Crazies since I saw the 2010 remake. I nearly purchased a used copy of an out of print DVD, but fortunately I found out that a new Blu-Ray version is going to be released in a few weeks, and that it was available for free streaming on Amazon Prime now, which is how I'm seeing it tonight. 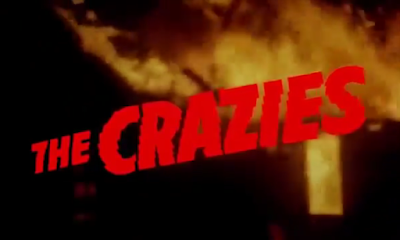 I like horror films from the 1970s, so I was bound to enjoy this one. In it, a plane carrying a bacteriological weapon crashes and contaminates a town's water supply, causing the residents to either die, or turn into crazy, homicidal maniacs. The town is quarantined and martial law is declared, as people are dragged from their beds by white suited soldiers in gas masks. The military sets up a perimeter as government officials discuss the possibility of nuking the town. Amidst the chaos, a small band of people attempt to escape, despite knowing they are unlikely to escape infection. It's a frightening scenario, knowing that the people around you could suddenly go mad and attack you, or that the soldiers you would expect to help you might end up stealing your fishing poles. 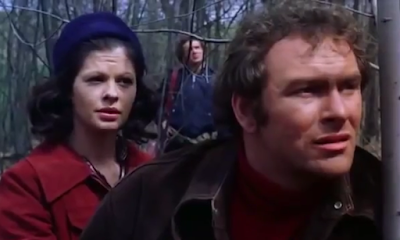 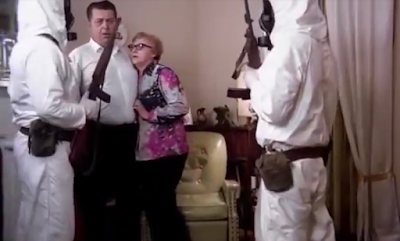 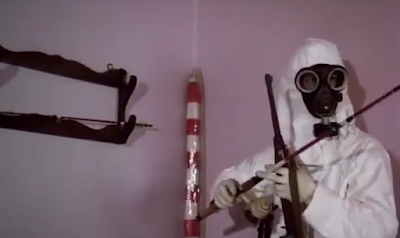 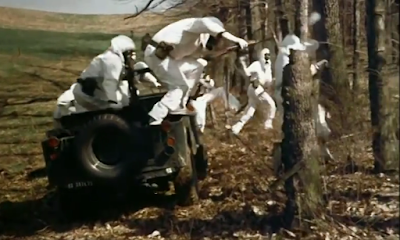 The influences of the Vietnam War are readily apparent in this film. 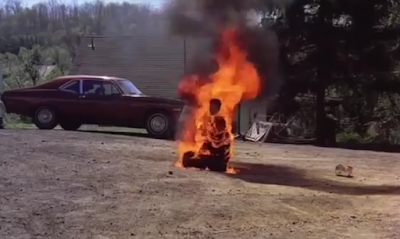 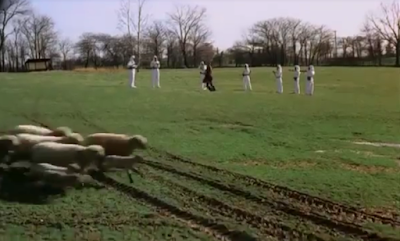 There's a brief moment of humor when a soldier taunts Clank after he runs out of ammo, until he pulls out another gun and shuts him up. His victory ends up being short-lived. 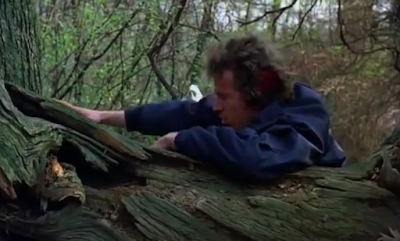 The military seems unprepared to handle the disaster and many mistakes are made. 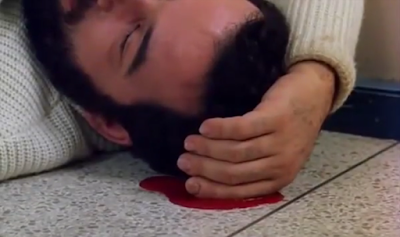 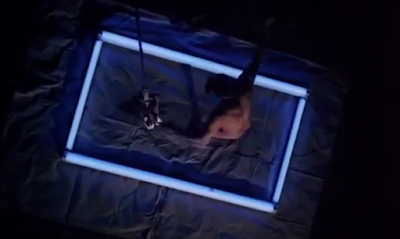 While not a perfect movie, the concept is frightening, it's beautifully filmed, and it provokes thought. I enjoyed it enough to want to pick up the 4K restoration on Blu-Ray to see it again and check out some of the special features.
Posted by Christine at 11:00 PM 2 comments: