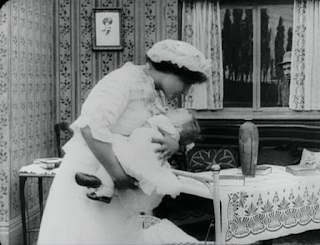 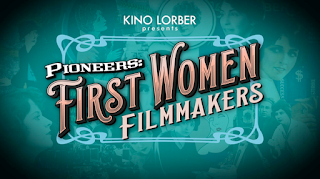 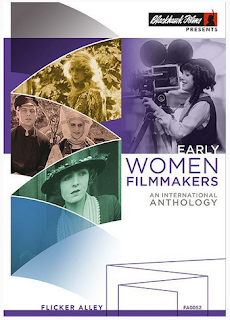 When I wrote about Ida Lupino being the only woman director and producer in 1950s Hollywood, I had no idea of the many women who preceded her. It is wonderful to see these films come to light and be able to enjoy the unique perspectives and talent that these women contributed to the early years of film.
Posted by Christine at 8:30 PM No comments:

I have never seen any Buster Keaton films, probably because I'm not a huge fan of slapstick comedy. It's possible Keaton may change that for me. I've read too many raves of his talent to ignore his work any longer, so when Amazon had the Buster Keaton Shorts Collection available on a Lightning Deal, I decided the time was right.

The Butcher Boy is the first Buster Keaton short I'm watching and the first he made with Roscoe Arbuckle 100 years ago. The screenshots I've taken are not from this Blu-Ray release, which is not tinted. The title cards in this short may not be the original ones, and some title cards on other releases I've seen provide more information than those included in this collection. Some of the character's names have also been changed in this short. Slim was originally called Alum and Amanda was Almondine. I do not approve of changing the titles and names from the original and hope that won't be common practice with all the shorts in this collection. I do prefer the Robert Israel score that accompanies this film and the picture is also superior in this Blu-Ray collection. 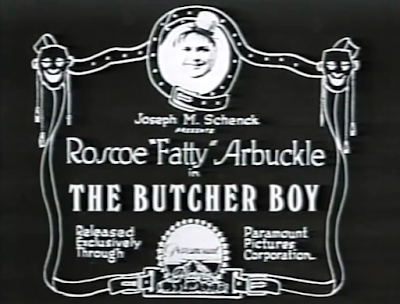