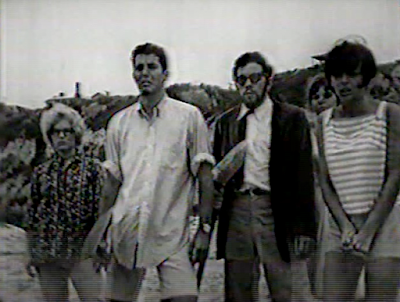 "We're not the lost generation, we're the stupid generation."

I have been patiently waiting nearly 5 years for Season 7 of Alfred Hitchcock Presents to be released on Region 1 DVD. I don't understand why people in other parts of the world are getting to enjoy hassle free AHP episodes while those of us in Canada, the US and Puerto Rico are left in the lurch. It's just wrong, people! We've suffered enough! Give us our AHP and AHH to soothe our souls in these troubling times! Apparently, Universal Studios is unaware of the meaning of the word universal! I'm going to stop writing exclamatory sentences now!

Not long ago, I was gifted copies of S7 AHP episodes that appear to have been recorded from a late night broadcast on a cathode-ray tube TV by someone's beat up VCR in the 80s. It is not a fitting presentation of the Master's work, and I've been unmotivated to see them in such shabby condition, which is quite silly, because it's better than nothing.

So, I've decided to dip my toe in the water and relive the inferior broadcast conditions of the 1980s to explore an episode with our boy wonder from Dark Shadows, Joel Crothers, in his only appearance on Alfred Hitchcock Presents, and the first time I've seen him outside DS.

Good evening brothers and sisters. This evening's story is concerned with high education. Specifically with members of Greek letter fraternities. I presume there are fraternities for other nationalities as well. This is a fra... [notices fraternity paddle is upside down and turns it right side up] 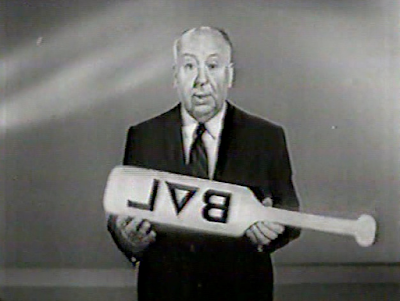 ...is a fraternity paddle. Apparently they have very small canoes. In keeping with tonight's theme, we shall first see a short educational film, and then a story. As the story opens, you will find the students hard at work, wrestling with the complex problems which face man in his never-ending quest for truth.

Some frat guys and gals are preparing for finals by consuming copious amounts of alcohol. When Alan accepts a challenge to slam a pitcher of beer and his challenger subsequently forfeits, he gets predictably belligerent and takes a swing at him before passing out. The gang decides it will be good fun to set up a scene to make Alan believe that he killed the guy when he regains consciousness. The prank goes off without a hitch and they have a good laugh, but in the end, the joke's on them. 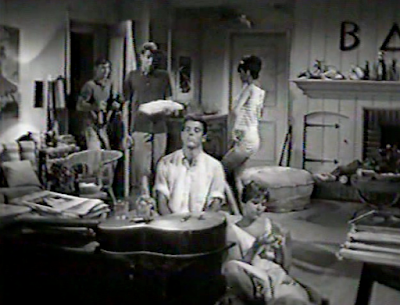 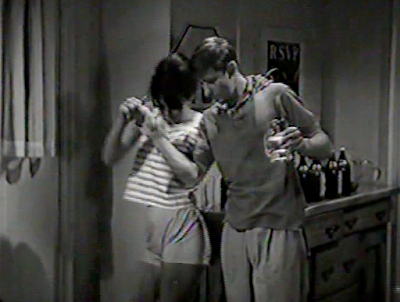 Alan is just not into Barbara Steele. 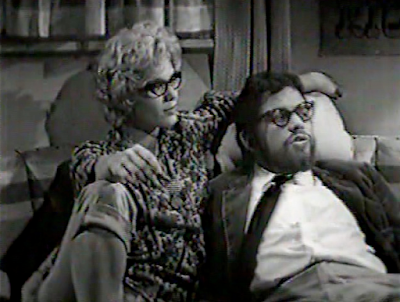 It's not a real college party if you don't have wannabe Allen Ginsberg beatniks reciting prose. 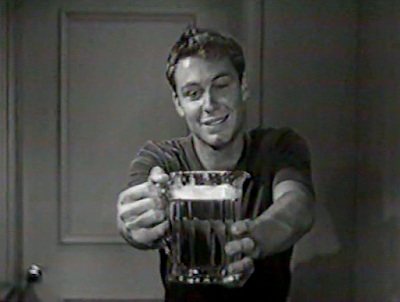 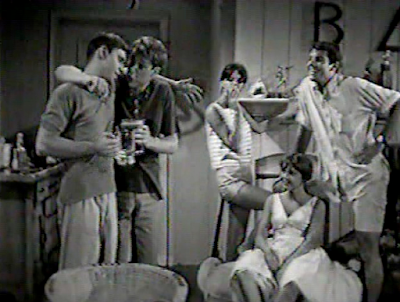 The Battle of the Beer begins. Will Alan be able to slam a pitcher of beer without stopping? 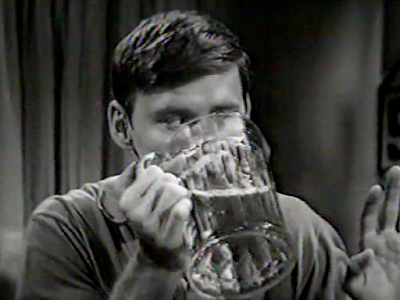 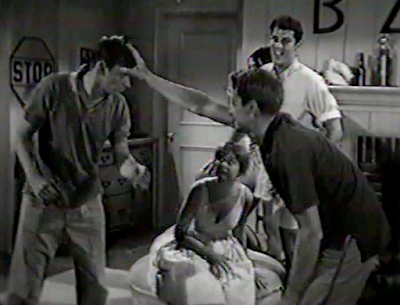 Mark wimps out on the beer challenge, but Alan is seeing too many of him to make his fist connect. 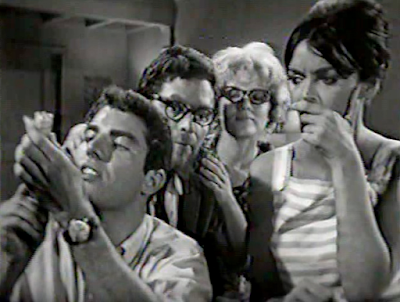 After encouraging Alan to poison himself with alcohol, the gang decides to play a joke on him. They first plan to make him up to look like he's dead, then decide it will be funnier to make him believe that Mark is dead, and that he killed him. Robert decides to play doctor, injecting a drug from his daddy's doctor kit that will make Mark's respiration and pulse rate barely perceptible. 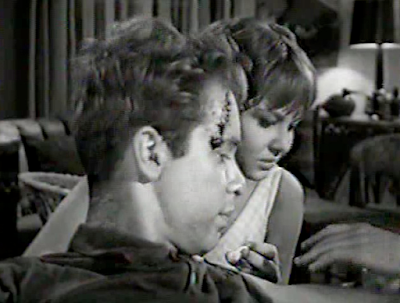 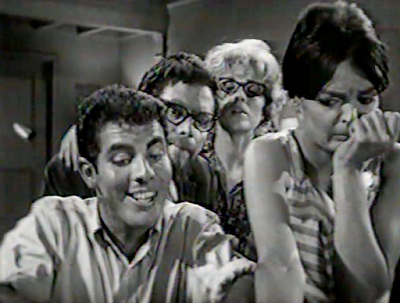 Robert: I'm joking, Mark. No really, it's perfectly harmless stuff. As a matter of fact, you'll wake up later feeling like a new man. Okay. Alright? Now, don't...don't move your arm, we don't want to break the needle now!
Mark: How much of that stuff are you putting in me? 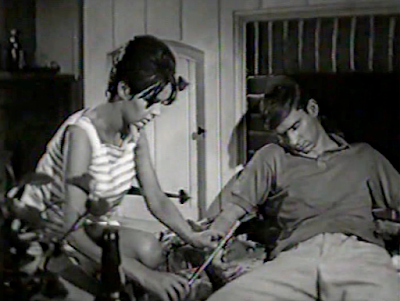 Phyllis puts the finishing touches on the prank and the gang heads out to chill at Robert's dad's house down the beach. 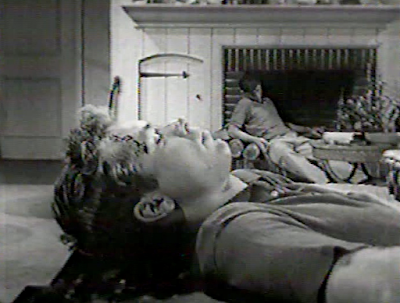 It's a scene worthy of a Hitchcock picture. 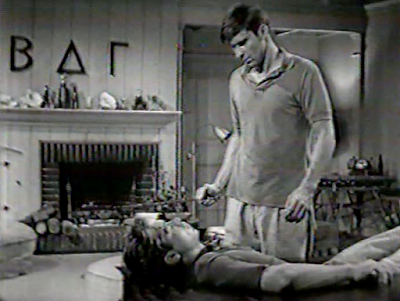 Alan is beginning to get the picture. 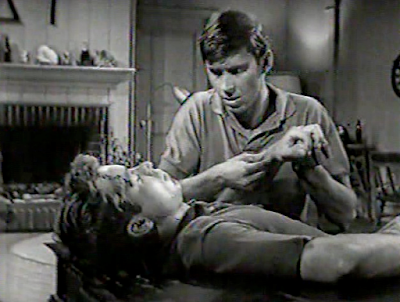 Alan thinks Mark is dead and I'm not completely sure that pre-med Robert didn't actually kill him with the injection. 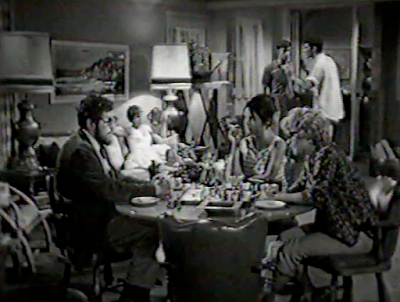 Alan finds the gang playing it cool at Robert's dad's house, and Robert tells him they left the frat house because it wasn't fun partying with him while he argued with Mark. 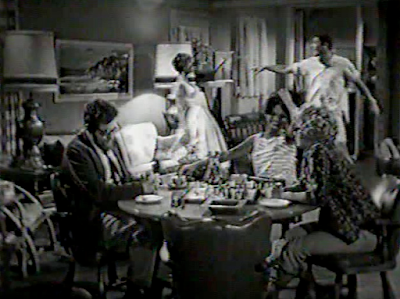 Alan doesn't tell them he found Mark unconscious with a bloody head, and they burst out laughing after he leaves to return to the frat house. This was probably the point where they should have let him in on the joke. 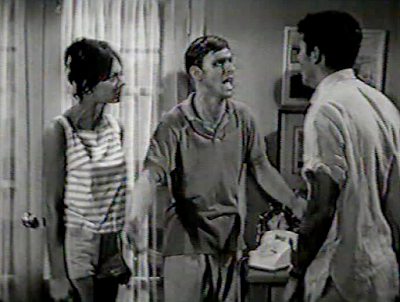 At sunrise, he heads back to where the gang is and tells them Mark is dead, that he didn't know how it happened or why, but assumes he was responsible. Phyllis tells him he should call the police, but Robert stops him before he can, letting him in on their funny joke. 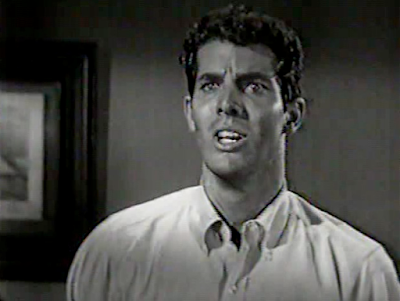 Alan confesses that he tried to conceal the crime by wrapping Mark in a blanket and burying him in the sand on the beach. 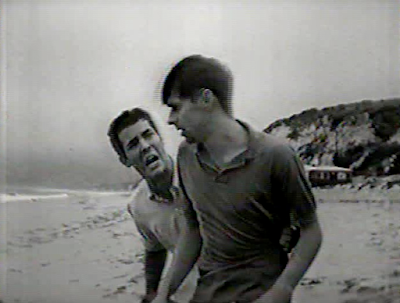 The gang rushes out to the beach to dig up Mark, believing there's a chance he's still alive. 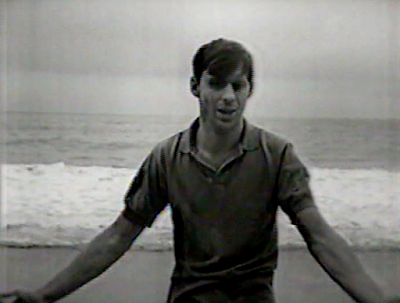 Unfortunately, Alan can't remember where he buried him, as the incoming tide has washed away the area where he dug. 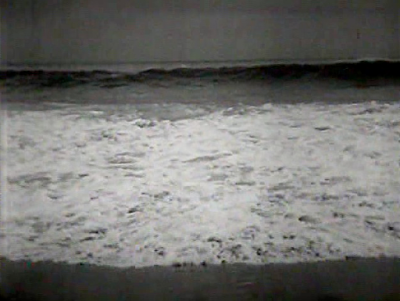 If Mark was lucky, he died from the injection, otherwise he was buried alive. How horrible! On the plus side, he gets to forget about finals.

Yes, poor Alan left more than footprints in the sands of time. If you think college students don't learn anything, you are sadly mistaken. These people certainly learned something that night. They've never done anything like that again. They were assisted in their resolve by the police, for justice was meted out to the pranksters. I have more to say, but it can wait sixty seconds while our dear sponsor speaks to you on his favorite topic. 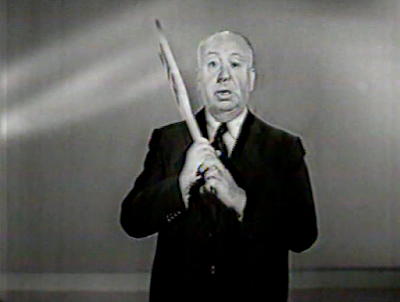 How he does go on. By the way, we would like it known that the foregoing story does not constitute a condemnation of fraternities or sororities or Greeks or universities or young people or the seashore or saltwater or sand. I yield to no man in my firm adherence to an uncompromising policy of offending no one. So, until next time, good night.

Sadly, Hitchcock was wrong. College students haven't learned anything, and the topic of this episode has remained relevant to this day. While Mark's burial was predictable, I think that may have been to show that these co-eds weren't able to anticipate the foreseeable disaster because they had their beer goggles on. Giving viewers the chance to hope that Mark might be saved makes the ending cruel and truly horrifying, which makes it an enjoyable episode.

As far as the dismal presentation, it was watchable, and takes me back to the days when this was the norm for watching classic TV shows. We are all so spoiled nowadays. And like a spoiled child, I am stomping my feet and screaming for my AHP! AHP! Give me my AHP on DVD!

Joel Crothers plays well as the privileged, foolhardy prankster, just as he thrived as the villain, Nathan Forbes, on Dark Shadows. He's good when he's bad. Though I enjoy his portrayal of good, old reliable Joe Haskell, he doesn't really flourish in that role as he does with Forbes.

I learned that he started acting when he was a young kid, and appeared on more than a dozen TV series before landing a regular gig on Dark Shadows. He would go on to make regular appearances on The Edge of Night and Santa Barbara.


A short clip of an appearance on The Edge of Night.

Posted by Christine at 8:00 AM No comments: