Tonight I am watching another title I picked up at Kino Lorber's March Madness sale. It has Ida Lupino and that is all the reason I need to watch it. 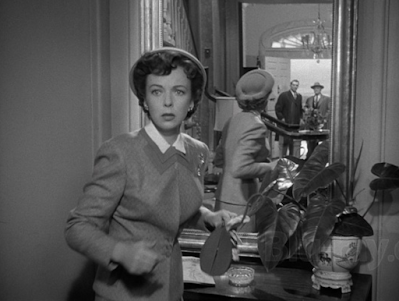 Deborah Chandler has gone on honeymoon by mistake. She learns from her husband's former girlfriend, who confronts them at his cabin getaway as they begin their honeymoon, that he may have killed her father. Deborah tries to leave him, but he won't allow it. When she tries to escape in the middle of the night, she finds out he has tampered with the brakes on the car, and she narrowly escapes going off a bridge and drowning. She allows everyone to believe she's dead so she can have time to get evidence to prove her husband is trying to kill her to gain control of the mill her father left to her. Selden is not convinced she's dead and offers a reward of $5,000, suggesting she's mentally ill and needs help. Drifter, Keith Ramsey offers to help her, but eventually turns her over to her husband. A tense and shadowy chase at the mill will decide who wins and who loses.

This movie reminds me of one you might come across playing in the middle of the night back in the days of free, public TV, where you'd see rainbow bars afterward as the station went off the air. It's not a headline grabbing film, but it's suspenseful and captivating and worthy of an evening's entertainment.
Posted by Christine at 9:16 PM No comments:

March has marched on by me. It's been a rough month. Enough said. I'm ready to throw myself back into the movies. While I haven't been able to watch movies this month, it did not stop me from acquiring more of them. That's what happens when multiple sales provide the opportunity, and a desire to find a pleasurable escape creates a motive. Tonight's feature was the result of Kino's March Madness sale. It features Theda Bara, one of film's early sex symbols, and it's one of only a few of her films that have survived. 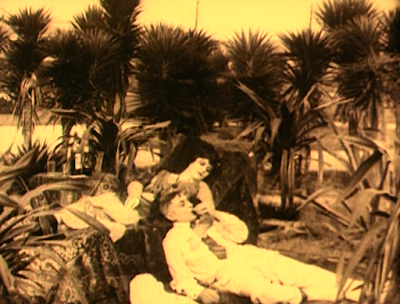 "You men shield each other's shameful sins. But were it a woman at fault, how quick you'd be to expose and condemn her."

The Vampire runs loose through the town, working her way through men, controlling them with alcohol, using them up, and leaving them high and dry. After a perceived slight by the wife of John Schuyler, she sets her sights on him, taking advantage of his wife and daughter's absence during his mission to England to work her wiles on him. When they return from their illicit rampage through Europe, she maintains her hold on him despite the efforts of his wife, Kate, to free him from her grip. 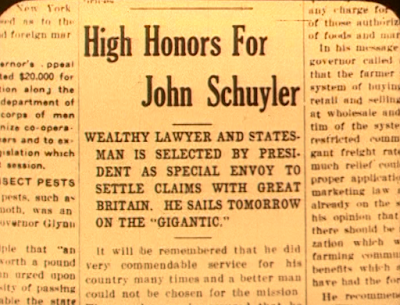 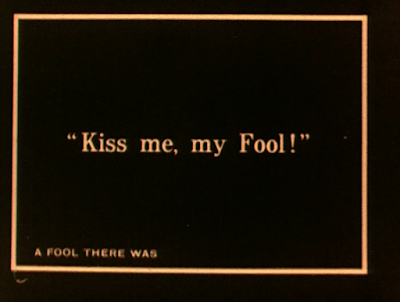 Like many of Kino's silent film offerings, this one is in fairly good condition, it has beautiful tints and a wonderful piano score that fits well with the action on screen, which is essential to the enjoyment of a silent film. It's not completely clear why the Vampire's victims stick around to be abused by her. We have to assume it's her seductive powers, coupled with alcohol and/or drug dependency that allows her to suck the life out of her victims. It's an interesting film in that there is no happy ending. The Fool does not return to his family, and the Vampire does not receive any comeuppance. The ending is cruel and strange with her dropping flower petals onto his dead face and blowing them off. We assume she will move on to her next victim and his child will forever be scarred by seeing her wasted dad clinging to a vamp, knowing that he chose her over his own daughter. There are a lot of scenes here that aren't essential to the film, but it's still interesting to get a glimpse of the past and see fashions and home decor from the period. It's a wonder anyone survived unregulated traffic in the early 1900s. That was certainly a sight to see in this picture!
Posted by Christine at 10:51 PM No comments: 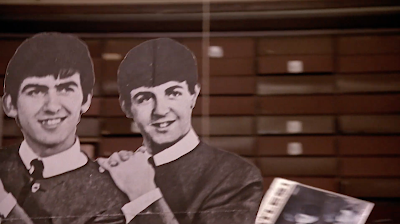 The Criterion films have arrived! And it's not a moment too soon to lose myself in the sweet, soothing relief of I Wanna Hold Your Hand, that tells about a group of kids who are trying to get in to the Ed Sullivan theater to see the Beatles perform. This movie is pure fun, and that is just what was needed tonight after an extremely difficult week. I will watch this film again and again. I love the Beatles, and their music brings me perpetual joy. This film would pair well with The Rutles. 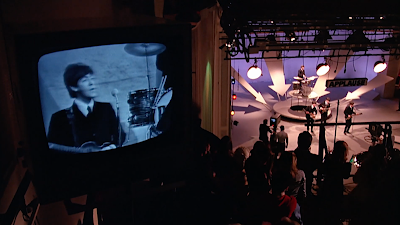 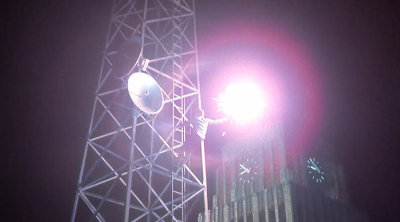 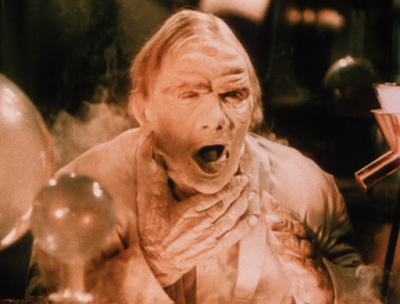