Here's a movie I enjoy watching from time to time, with an all star cast, great music, and Busby Berkeley dance numbers. This film introduced me to Dick Powell, which made my later discovery of him in film noir all the more delightful. 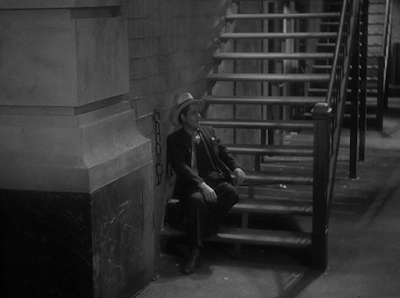 Julian Marsh is the greatest musical comedy director of his time with a reputation for driving his performers to exhaustion in order to elicit top notch performances in his Broadway shows. He has signed a contract to do one last show in a desperate attempt to make enough money to recover from the Wall Street crash and retire, despite warnings from his doctor that he is headed for another nervous breakdown, and that too much excitement could prove fatal. He assembles a talented cast, but when his headlining diva gives the air to the show's investor, and then gets sidelined with a broken ankle, he reluctantly takes a chance on a rookie chorus girl to save the production. 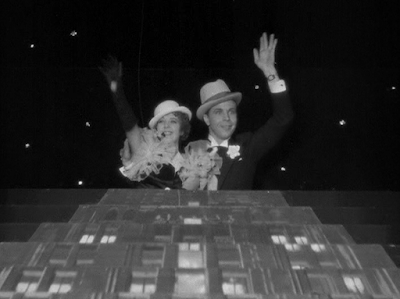 "Oh, honey. I've been for you ever since the day you walked in on me in my BVDs."

This is a fun and entertaining film that does not ignore the tribulations of the Depression, with Bebe Daniels playing a Broadway star who has to hide her relationship with her former vaudeville partner, played by George Brent, to put up with the advances of the investor in order to secure a job that's scarce during the times. It's an uplifting movie to watch during troubled times. I still don't really understand the appeal of Ruby Keeler, but she certainly does carry off the part of the ingénue.

This picture led to my collecting more Busby Berkeley choreographed films, as well as more movies with Dick Powell. The dance numbers are pretty fantastic to see.
Una Merkel and Ginger Rogers are impressive the way they continue to sing so well with fruit in their mouths. I enjoy both these actresses, though if Ginger Rogers had been given more air time, she would have stolen the show.
Posted by Christine at 8:00 PM