Westerns are not really my cup of tea, but the story sounded intriguing, and since I have been exploring outside my norm this week, it seemed appropriate to pick this film out of the Criterion Channel lineup to watch tonight. It is directed by William Wyler, who also directed Ben Hur (1959), The Best Years of Our Lives and Dodsworth, among many others. 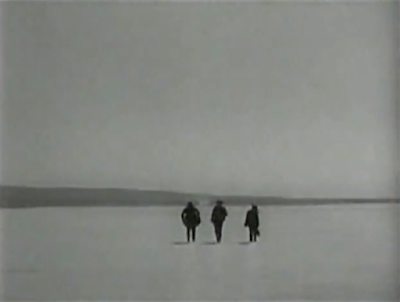 "Once there was three wise hombres. Rode out of Jerusalem."

Three bank robbers get caught in a dust storm in the desert during their escape, which helps them evade capture, but also causes them to lose their horses. They come across a woman in a covered wagon who has also lost her horse, and they start calling dibs on her until they realize she is in labor. She asks the men to be her baby's three godfathers and take the baby back to his dad in New Jerusalem, who happens to be the bank cashier they shot and killed in the robbery. They agree to do as she asks. 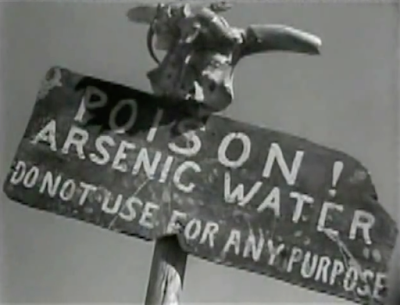 That was amazing! I really did not expect to be so captivated by this movie. It truly deserves a restoration. The desolate scenery and lack of musical score set the perfect tone. I can't help but wonder who allowed their newborn to be filmed out in the desert, being rubbed with olive oil by a burly man, but the adorable baby makes it easy to see why these bad guys were willing to risk their lives to get him back safely. It's no wonder this movie has been remade a number of times. I can't imagine I'd like any version better than this one. I thought it was perfect.
Posted by Christine at 10:25 PM