I am watching El Espejo de la Bruja (The Witch's Mirror) this evening, which I purchased after revisiting El Vampiro and looking up more Mexican Horror from CasaNegra. Apparently, CasaNegra Entertainment has gone out of business, so it may be prudent to get some of the Mexican Horror titles they have to offer while the getting is good. These horror films are worthy of attention and I hope more will be available in the future. 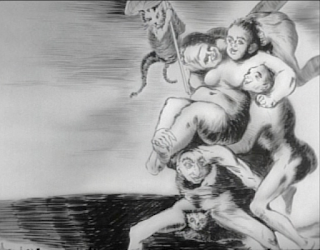 "But only a superlative witch endowed with genuinely profound knowledge of the occult can make use of a magical object of infinite powers and properties invented by a great magician of ancient Persia. The mirror." 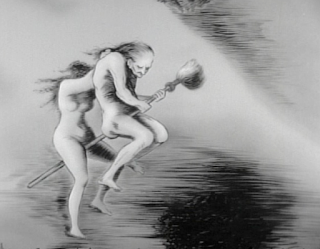 The movie begins with a description of the ancient practice of witchcraft and all the horrible things witches do and the tools they use to do it, while showing some rather interesting plates. 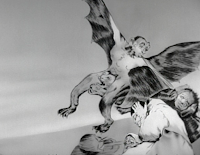 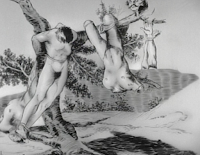 While we look at the disturbing images, we are informed that witches kill and cook people, eat the corpses of hanged men, and hundreds of other horrors. They use potions, brooms, skeletons of children and animals, dreadful poisons and lethal herbs, among other things, to use their diabolical powers. 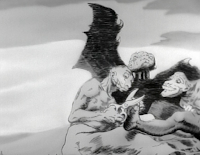 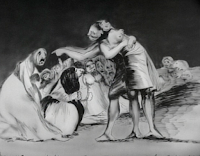 The action begins with two women looking into a mirror, and we learn that it is Elena and her Godmother, who is one of the rare class of witches who can use advanced tools. The Godmother sees a sign that portends danger and that someone means to murder Elena. 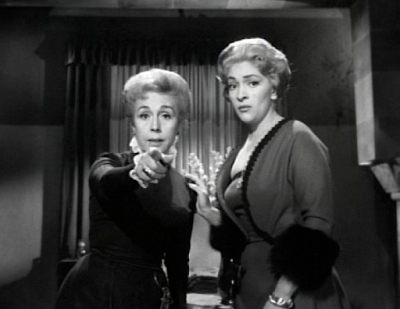 She takes Elena to her six pointed star, and asks the spirits to allow her to find out who wants to hurt her Goddaughter, as she sprinkles a substance that causes the star to burn, which makes her smile and declare that the spirits have listened. 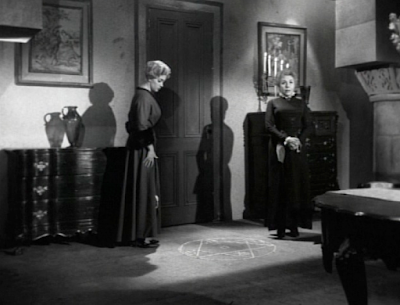 They walk back to the mirror and see Elena's husband, who the Godmother suspects is the one who wants to kill her. Elena refuses to believe it and the Godmother reassures her that the spirits express the truth with her mirror. She then sees a woman, identified as her rival, and as she looks into the mirror, she sees the woman's face turn to a grinning skull, causing her to scream. 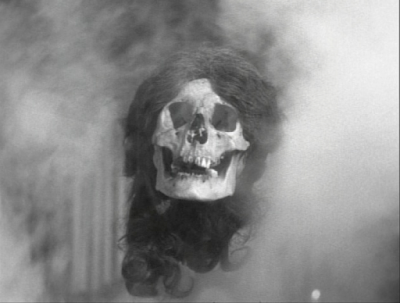 The scene changes to Elena playing the piano, while her husband, Eduardo, clutches a drink and looks truly displeased. He complains about her playing the same song every day and she reminds him how he used to ask her to play it. If these two were ever in love, there is no evidence of it in this exchange, though they both acknowledge that things change. 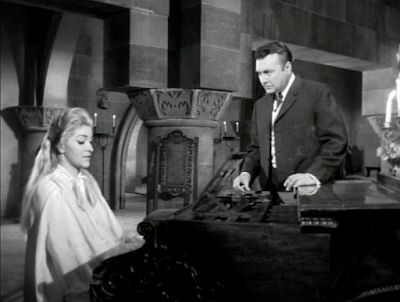 The Godmother goes to her altar and calls upon Adonay for strength in helping to protect her Goddaughter, but is informed that Elena must die and she is not to interfere or will risk punishment from her Masters. 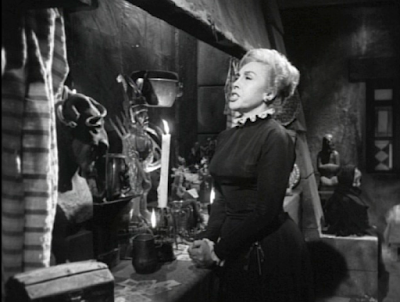 When she sees Eduardo bringing what is sure to be a lethal drink to Elena's room, she does not stop him, but begs her Masters again to protect her Goddaughter and is told once more she must die. 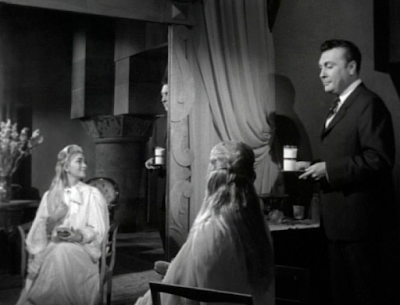 Elena seems to know what her husband intends in the way he looks at her cruelly as she raises the glass to her lips, but she drinks anyway, perhaps believing her Godmother will be able to do something to save her. She claims she's always loved him and asks why he is doing this to her, but she receives no answer from him before she drops dead. 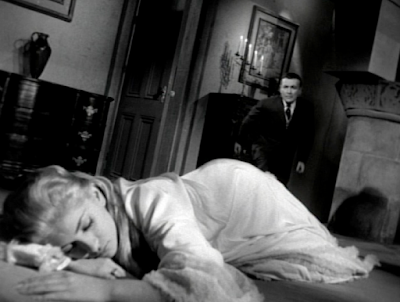 The Godmother waits by her altar, and as a gust of wind snuffs out a candle, she appears to realize her Goddaughter is dead.

Email ThisBlogThis!Share to TwitterShare to FacebookShare to Pinterest
Labels: 1960s