I gave my brother Night of the Creeps for Christmas in 2019, and we started watching it after everyone else went to bed on Christmas Eve. Unfortunately, since we're both really old, we fell asleep before the end of the movie. I am finally getting around to watching it in its entirety tonight.

A rogue, naked alien jettisons a tube of parasitic brain slugs, which is discovered on Earth in 1959 by an unsuspecting young man, who becomes infected while his date is busy being dismembered by an escapee from the local asylum. In 1986, Chris (George) Romero and his buddy, James (John) Carpenter (Tobe) Hooper, release the infected man from a cryogenic tube as part of a frat pledge designed to get the attention of sorority gal, Cynthia (David) Cronenburg, who Chris is infatuated with, and unknowingly release the brain slugs on the college town, which infect and quickly replicate in the frat boys. Chris appeals to Detective Ray (James) Cameron for his help in defeating the infected zombies, which brings him closer to Cynthia. 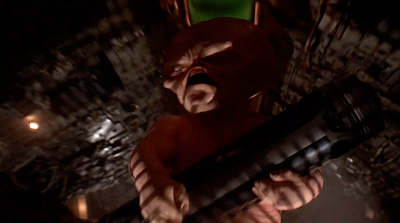 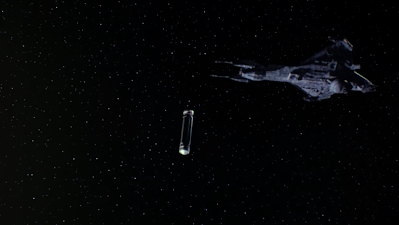 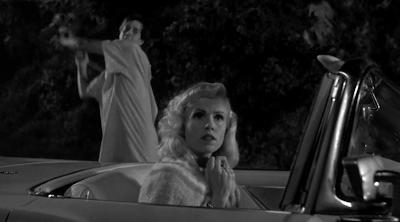 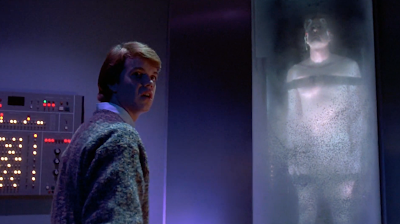 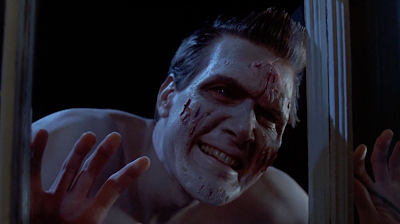 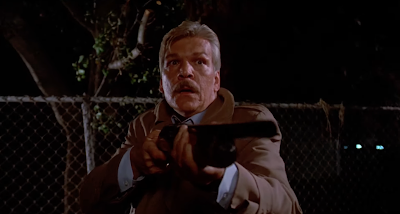 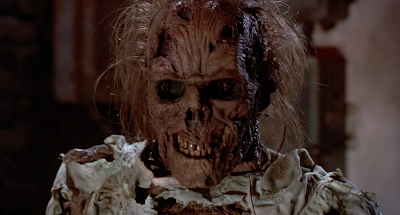 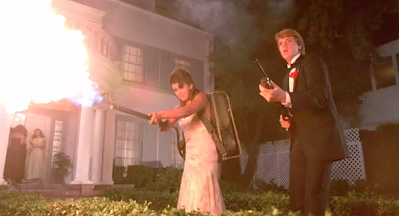 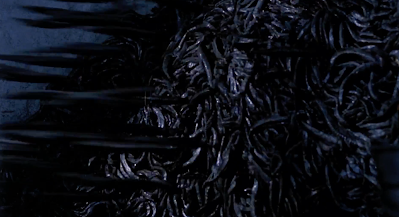 This is an enjoyable film that pays homage to horror movies of the past and I had fun watching it. The 1986 college scene does take me back, and the nostalgia factor was part of what appealed to me. Overall, it is cleverly written and the characters are likable. It is an entertaining film that will delight horror and sci-fi fans.
Posted by Christine at 9:49 PM