While Saturdays are my day for picking out a scary movie, it seemed appropriate to make Sundays a day for tales of immorality, which leads me to watch The Sin of Nora Moran tonight. 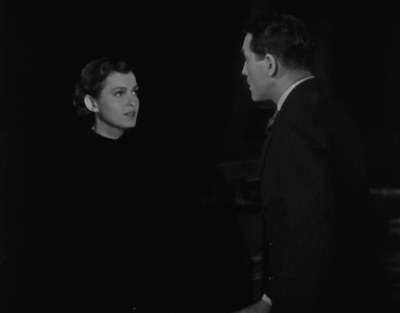 "I'm not dying for something you did. I'm dying for all the good things you're going to do. And I'm dying rather than give up something that was precious to me--my life with you."

Nora Moran has been sentenced to die for killing a man, but it turns out she is taking the blame to protect someone else. It comes down to the eleventh hour to find out if the real culprit will spare her the electric chair, but what eventually transpires is truly shocking.

While this has all the hallmarks of a pre-code movie, including rape, infidelity and murder, with the unfaithful partners coming to no good end, the telling of it is unique. At the beginning, we are led to pre-judge Nora's character, but as the events of her life that led up to her fateful predicament are revealed, we learn that appearances can be deceiving.  It is rather harrowing as we see Nora being prepped for the electric chair, given a sedative, getting her head shaved, and having a coffin ordered from the mortuary. While she is resigned to her fate, the viewer holds on to the belief that she will escape the wrongful punishment. It's powerful and tragic.
Posted by Christine at 10:01 PM