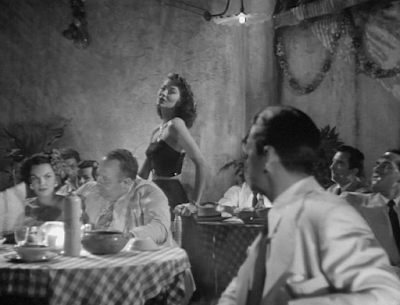 "I never knew a crooked road could look so straight."

Federal agent, Rigby, is on a mission to track down airplane motors in order to expose a war surplus racket in Central America, and is waylaid by a dame, who's the wife of one of the racketeers, and also a suspect. He's willing to take a bribe because of his love for another man's wife.

Rigby (to himself): How do you like finding out that maybe you've got a price tag too? After all these years. How much do you cost, Rigby? How much for you? Or would you rather use another word for what you're selling out? One with a fancy necktie on it? Say...honor. And what does that mean...honor? Same thing to everybody or different things to different people. Honor. Just a word. Say it over often enough and it's not even a word anymore. Just a sound. A sound without any meaning at all.


Rigby: Look, why don't you stop acting like you're alone in the jungle.
Elizabeth: I'm not?
Rigby: Okay, so you are, but you'd be surprised how nice the birds and the beasts can be if you'll only give 'em a chance.
Elizabeth: Tell me, Rigby, do you fly, walk on all fours, or crawl?


Elizabeth (to Rigby): I'm spoiled, you're careful. We sound like a couple of Dick Tracy characters.


Rigby (to Elizabeth): When I kiss somebody goodbye, I like to know in advance, I do better.


Bealer: I've got a good nose for a deal, and I can smell one on the stove right now.
Rigby: Any deal you'd offer would smell, Bealer. Too high for me.


Rigby (to Elizabeth): I never knew a crooked road could look so straight. What do you suppose makes it look that way? You being around? That could be it.


Rigby: That drink, there was something in that drink.
Elizabeth: Something for the road, Rigby. So it won't seem so lonely.
Rigby: Playin' me, eh? Setting me up for it. You really found yourself a pigeon didn't ya'? You didn't have to do it this way. It was working fine for your side. Guilty or innocent, it didn't make any difference. I was selling out for you, but you outsmarted yourself, baby. Now I can do my job.

Rigby (to Bealer): I've been looking for you, sweetheart. I want you to pour out your little heart to me. Where's the guy behind you, fat boy? That's the guy I want.

Rigby: You don't look natural, fat boy. You're no gun bearing animal. C'mon, hand it over.
Bealer: Don't you come no closer!
Elizabeth: Don't, Rigby, he's dangerous.
Rigby: Sure, any scared guy with a gun's dangerous, that's why I want to take it away from him.


Rigby: Alright. Yeah, funny it is alright...as of here and now...with me...where you're concerned.
Elizabeth: No, it's not alright with us. I sold you out and I can't even ask you to forgive me. I'm not ashamed or sorry. Not even now. It would be a lie if I ask you to forgive me.
Rigby: Forgive. What's forgive? An old beat up word? Who's got a right to use it? Not me. 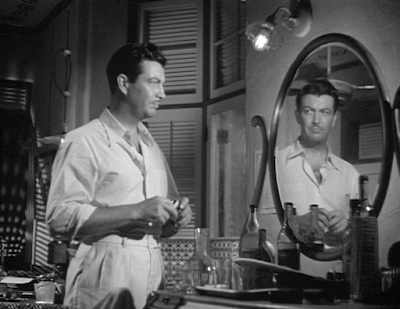 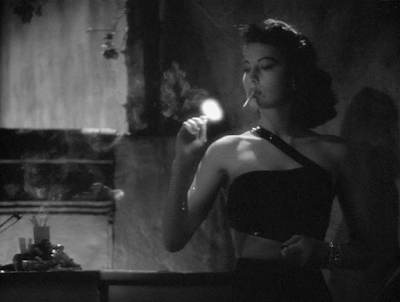 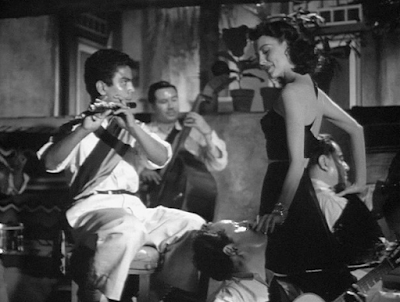 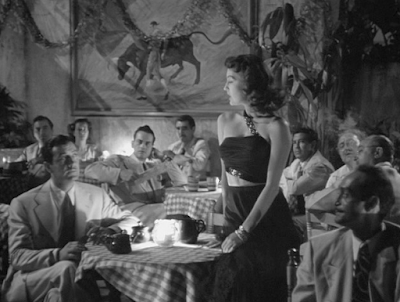 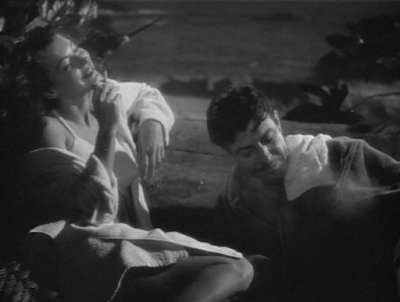 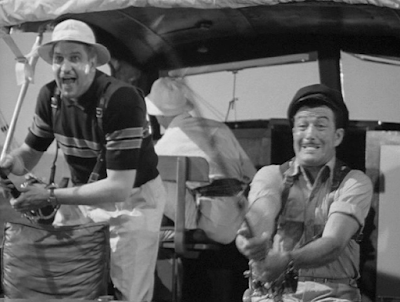 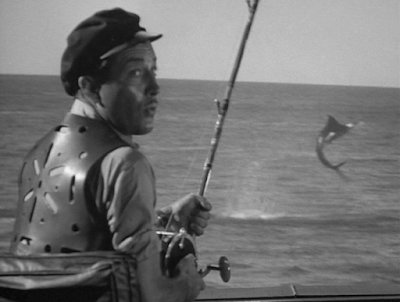 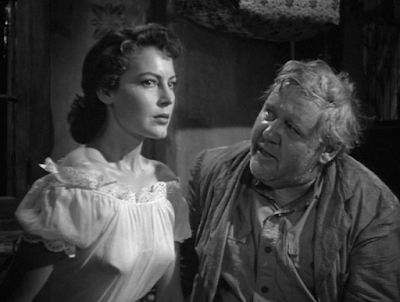 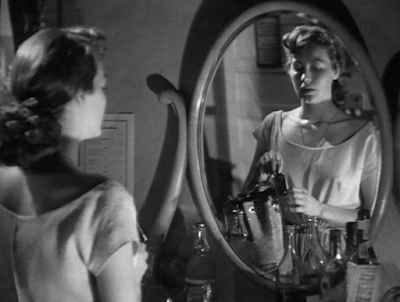 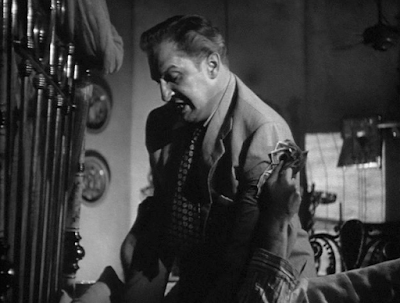 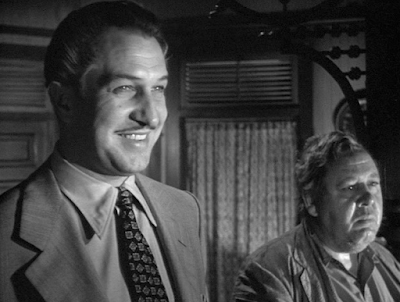 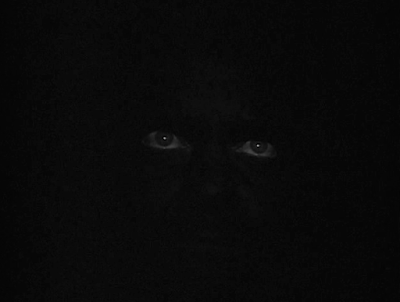 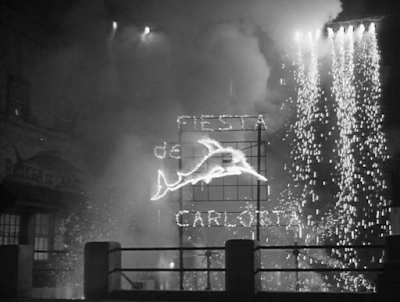 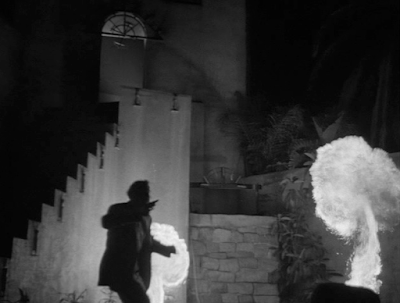 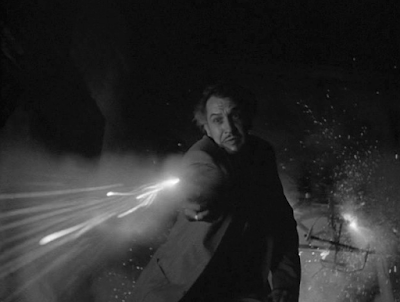 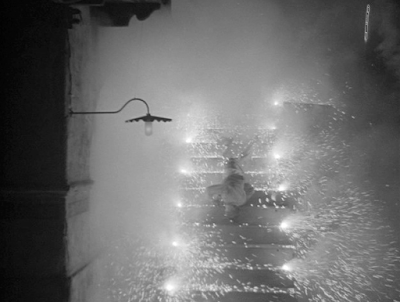 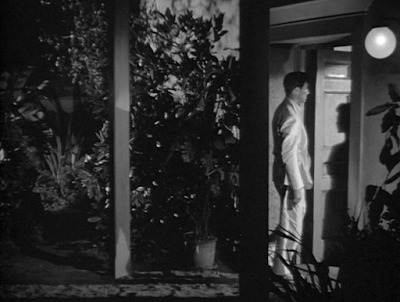 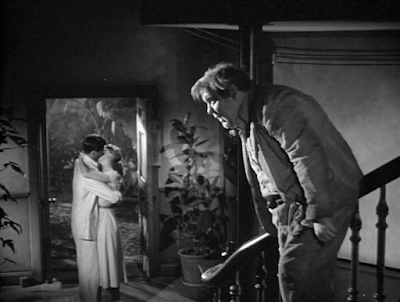 Love it. The villians are not all bad and the heroes are not all good. There are lots of gray areas. Nothing is black or white. Except for Carwood. He's bad. And with Vincent Price, that's good.


Similarities, Surprises, Puzzles and Patterns is adapted from the Grid Analysis Technique developed by the British Film Institute from Aidan Chambers 'Tell Me' Questions.
Posted by Christine at 5:00 AM