It's been a little over a year since I accidentally started blogging. I never intended to start writing, it just happened, and I've been blogsperimenting since then. When I went completely bonkers and decided to extol the virtues of The Invaders, this initial venture took a dive. What was to be my winter indulgence in silent movies was placed on the back burner in favor of adventures in classic TV. I truly had no idea what I had gotten myself into, and when major setbacks occurred, both sites suffered. It has been a useful learning experience. As I catch up and wrap up my initial trial at recording a favorite TV show, I hope to bring life back to this site. 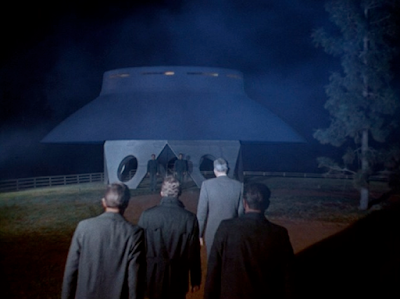 While I had initially planned for a Pre-code Spring, I have to recognize that the increasing demands of work over the next month will prevent me from giving the attention to my favorite era of movie making that it deserves. In the interest of clearing out the cobwebs around here, I'm introducing a new feature I'm calling Snapshots, in an attempt to share a few highlights of what I've been watching in more succinct fashion, until I find more time to devote to writing in June. The first entry is a thriller directed by James Whale and will be arriving shortly.
Posted by Christine at 7:00 AM