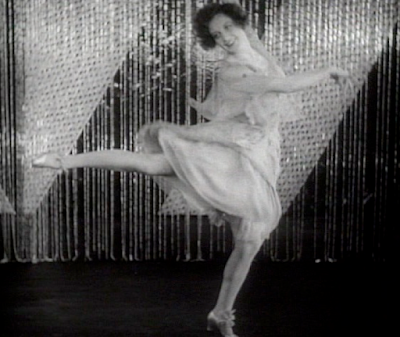 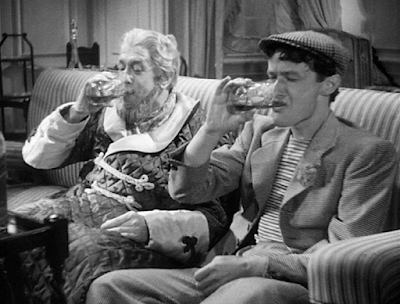 
I enjoyed watching the 1945 version of The Picture of Dorian Gray this weekend, which had some fantastic Technicolor sequences and a fabulous cast. Once the days start getting shorter I am looking forward to revisiting Nosferatu and Carnival of Souls on Blu-Ray. I've also got quite a few Lon Chaney films to catch up on. 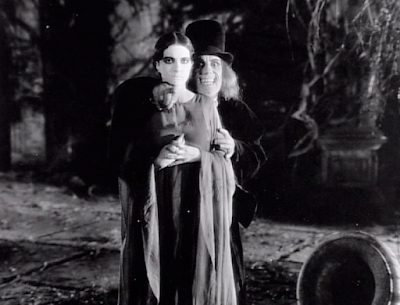 I am entertaining the idea of scheduling a favorite horror flick-a-day from Fall Equinox to Winter Solstice. We'll see what happens come Thursday. Somewhere in between all these grandiose schemes, I will find some time to finally write about Moontide, though when exactly it will happen I cannot say. Here's a teaser photo below showing Thomas Mitchell snapping Claude Rains in the behind with a towel while Jean Gabin looks on. I bet you never imagined that scene. 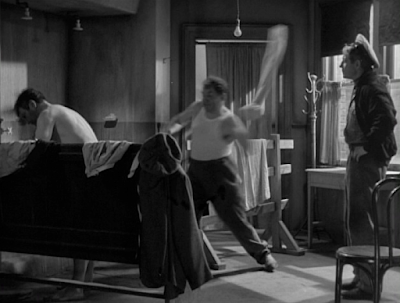 Until next time. If you can't find me here, look for me in the Shadows...
Posted by Christine at 5:00 AM