Jodie Foster plays a deaf mute whose mother died giving birth to her. Lovable Melvyn Douglas plays a nasty telepathic grandpa who blames his son-in-law for his daughter's death, since the doctor gave him a choice between saving the mother or the child. He obviously chose the kid. Grandpa has decided now is a good time to visit his son-in-law's new family and exact some revenge through his telepathic granddaughter. Telepathy runs in the family since he also communicates with his dead daughter, whose advice to let bygones be bygones he ignores. Grandpa gives little Judy an awesome doll house that is an exact replica of the house she lives in, but instead of buying her any cool dolls to go with it, decides to show her how to unknowingly create little voodoo cookie dolls, and encourages her to go cut up her family's clothing to dress them up. How the family doesn't notice the big holes in their clothes or recognize their scraps of clothing wrapped around the cookies is a mystery. 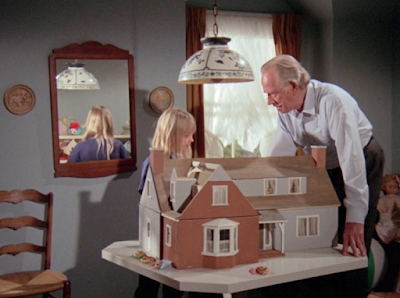 Grandpa helps Judy play with her cookie dolls, though she doesn't seem to be aware that she is controlling her family's actions when she plays with them in the dollhouse. When Grandpa directs her to move her adopted brother's cookie upstairs, while at the same time making the housekeeper's cookie go downstairs, things don't turn out well for the housekeeper, Mrs. Rule. 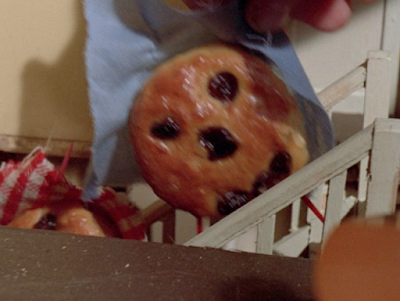 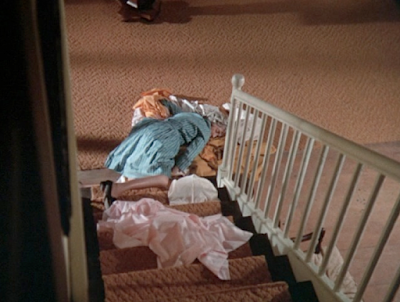 I was really hoping someone might take a bite out of one of the cookies, but that never happened. It would have at least been cool to see what would have happened to pluck a raisin out, but I guess that would be too scary for TV in 1972. Stepmom eventually kicks Grandpa out of the house because she doesn't like his vibe. She has no idea he's able to communicate with Judy from afar, and the kid is willing to do whatever Grandpa tells her to do. 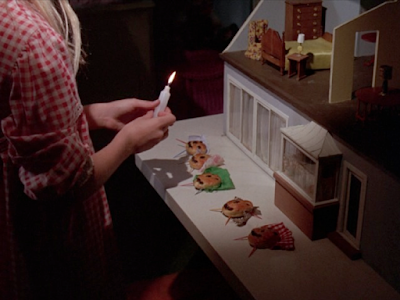 Grandpa has her put her doll family to bed and tells her they can't wake up. When he suggests she hold the candle closer, the whole thing goes up like a torch. Her surprise causes her to drop the candle on the curtains and the whole house catches fire rather quickly. When she can't wake up the family, her dead mom finally decides to talk to her and tells her to go wake up the dolls. 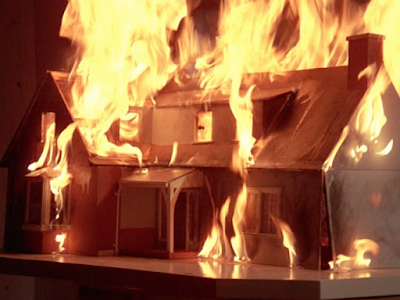 In her rush to grab them, she doesn't realize she has dropped one of them. As you can imagine, this does not end well. 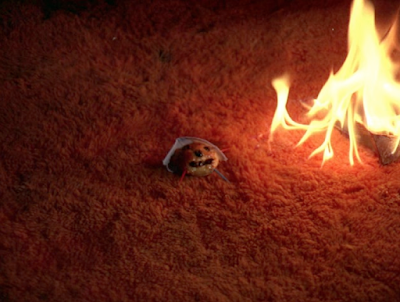 I don't think I've ever seen Melvyn Douglas play an evil character, which he does very well in this episode. Jodie Foster also does great with very few lines of dialogue, which must have been challenging to do at her age. This was an entertaining show and while it was a good story, it wasn't the kind of horror that makes me afraid to look out the window at night or give me bad dreams. I will surely be watching another episode of Ghost Story some time soon. I look forward to seeing Melvyn Douglas again in the 1932 version of The Old Dark House once there is more of a chill to the air and the days grow short.