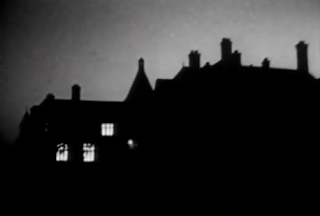 Many people may wonder why anyone would want to watch five years of episodes from a soap opera to begin with, but must truly question why anyone would do so more than once. There are actually quite a few stories I have enjoyed in the past that I have revisited again. As we grow older and acquire new experiences, our perspective shifts and we may interpret stories through new sets of eyes that allow us to appreciate them more fully or in different ways. Of course time and memory issues make some of the details of episodes obscure until encountered again. As with any good story, we develop a connection to characters, and revisiting them is akin to visiting old friends. 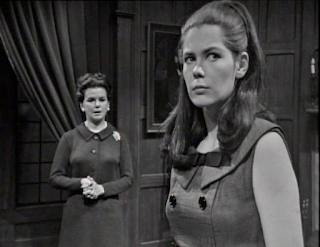 The first time I watched Dark Shadows, I admit there were times when I watched it with less than my full attention. I often did other tasks while watching. While I never considered myself a dedicated Dark Shadows fan, I did develop a sincere appreciation and deep respect for the versatility of the talented actors and crew working to put this show together. But I suppose what actually made me love the show was the enthusiasm of the show's creator, Dan Curtis.


To listen to Dan Curtis speak of this show is a joy. He smiles and laughs and he speaks with an extreme fondness for it that is infectious. But what I find especially enamoring is when he speaks of how when he was a boy he loved the classic movie monsters, and that Dracula was the character that scared him the most. Many of us can relate. I was left with the impression that Dark Shadows was Dan Curtis' homage to the scary stories we enjoyed as kids. It was a celebration of classic literature, of monsters, and of childhood.


Part of what makes this show so enjoyable is that it seems to me that everyone involved in it was having so much fun doing it, and that joy and enthusiasm is passed along to the viewer. After 5 years and 1225 episodes, it's difficult not to form a connection with the characters and cast of this show. It is a unique experience and I look forward to enjoying it one more time as it was originally intended, one episode a day.
Posted by Christine at 5:00 AM